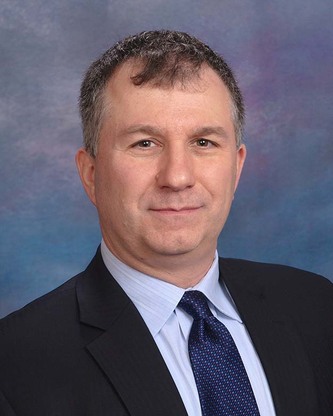 Mr. Hall devotes the majority of his practice to litigating workers’ compensation claims. He has specialized in analyzing chemical exposure and volunteer firefighter claims.

During law school, Mr. Hall was a member of Law Review and he is published. He authored United States v. Wake: Fifth Circuit Hands Down Hard-Line Intent Requirement in School Yard Statute, 10 Cooley L. Rev. 443, 1993. While attending law school, he received honors including the American Jurisprudence Award for both Advocacy and Labor Law, as well as a Book Award for Gun Control Seminar.

His legal speaking engagements include presenting at the 2001 Bar Association of Erie County’s Continuing Legal Education Program (CLE) on the topic of Workers’ Compensation Law Section 137, and speaking at the 2013 CLE on the subject of What Constitutes “Active Participation” for Labor Market Attachment.

Mr. Hall is a passionate outdoorsman. He loves to hunt and fish with his family and friends, and he volunteers his time to teach others about the hunting and shooting sports. In 1991, Mr. Hall was certified by the N.Y.S. D.E.C. to teach both the Hunter Safety and Duck Identification courses. Since 1991, he has instructed hundreds of New Yorkers in safe firearm handling, hunting ethics and hunting regulations, as well as seasons, bag limits and methods of identifying different species of waterfowl. By teaching others about the wise and ethical use of the environment Mr. Hall hopes to ensure the preservation of this resource for generations to come.