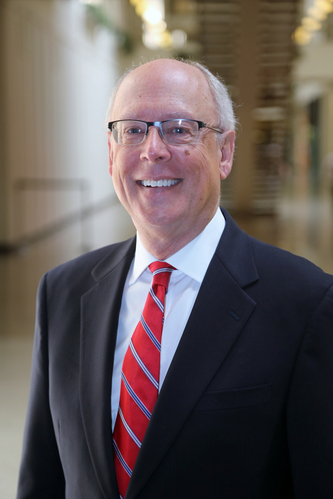 Mr. Hamberger is a contributing author on the subject of employers' rights in a number of New York State Bar Association publications, the most recent, Construction Work Site and Accident Litigation and A Practitioner's Guide to Workers' Compensation Law in New York.  He has been listed in Super Lawyers for many years and been listed for more than twenty-five years in The Best Lawyers in America in the field of Workers' Compensation Law.  He is AV rated by Martindale-Hubbell.  In March 2009, Mr. Hamberger was inducted as a Fellow in The College of Workers’ Compensation Lawyers.  In June of 2012, he received the Award of Merit from the Bar Association of Erie County in recognition of his work for the betterment of the workers' compensation system.

Mr. Hamberger began his legal career in Lake Placid, NY in a two person general law practice and served as an Assistant District Attorney in Essex County.  Upon returning to his native Buffalo in 1976, Mark served as Town Justice for the Town of Evans for eight years.  Mark remains a member of the New York State Magistrates Association and enjoys officiating at marriage ceremonies for friends, family and clients. A lifelong boater, Mark is proud to hold a Captain’s License through the U.S. Coast Guard and the National Maritime Center.